A boatload of Swedes who sailed to America founded Stromsburg in 1872. The city of 1,200 residents, known as “The Swede Capital of Nebraska,” capitalizes on its Swedish heritage with Swedish storefronts and buildings on its town square and two Swedish-themed festivals.

Swedish heritage comes alive for three days in June with Stromsburg’s Swedish Midsommar Festival where residents don costumes of yellow and blue – colors of the Swedish flag – and welcome thousands of visitors to town. Local residents really get into it. Leather vests, chainmail armor and steel helmets of the Skjaldborg Vikings are not uncommon … neither are sword battles on town square.
Everyone turns out the first night to watch Swedish Dancers at City Square Park. Then come children dancing around the Maypole and finally the crowning of the king and queen. Generations of Stromsburg girls have performed at the festival since its inception in 1952.

The Methodist Church and the Corner Cafe serve Swedish pancakes, which are superb, especially when slathered with lingonberry sauce. A free movie, parade and lots of other Swedish-themed activities pack the festival schedule. The 2018 Swedish Midsommar Festival will be June 15-17. (402) 764-5265.

Swedish Steel is the latest event to draw throngs of Swedes to Stromsburg. It is the largest metal art event in Nebraska with more than 30 vendors showing and selling their creations. A blacksmith demonstrates the art of making usable items from iron. Food vendors heat up their own artistic creations. The 2018 Swedish Steel event is May 19 in City Square Park. (308) 440-1745.

Many interesting businesses make their homes in Stromsburg, and a bunch are on that busy town square. The Rose Colored Glass wine tasting room is in the Victor Anderson Building in downtown Stromsburg. Anderson was an early Stromsburg visionary. When his 19,000-square-foot mortuary and furniture store was completed in 1913, the place included electric lights around the exterior edge of the building. The business eventually closed and the lights that inspired pride in Stromsburg residents went dark for eight decades.

One hundred years to the day of when Anderson first lit the building, The Rose Colored Glass owner and modern-day visionary Bob Berggren flipped the switch on his renovated Anderson building. More than 600 Stromsburg residents danced in the street out front when the new LED lights came on. The tasting room features 60 Nebraska wines and three Nebraska beers. A new patio and courtyard takes the party into the night. There are lights out there, too. 403 Commercial St. (402) 764-8299.

Swedish heritage has other unique flavors at The Economy Hometown Market. Meat cutter Mike Branting’s store is well-known for its lutefisk, pickled herring, lingonberries, ham loaf mix and Swedish meatballs. The most popular Swedish item is the store’s potato bologna. The delicacy is known in Sweden as “potatiskorv.” 313 Commercial St. (402) 764-2441.

The sight of a spinning wheel in a storefront window in Stromsburg sparks curiosity seekers to walk in to Spindle, Shuttle and Needle. Owner Kelsey Patton is always happy to spin a yarn while spinning and explain the process. Patton told her mother at the age of 13 that she wanted to learn how to knit a sweater. Instead of yarn, the family bought sheep, then mother and daughter learned the yarn-making and knitting processes together. A variety of fabric, yarns, spinning wheels, spindles, shuttles, needles and other equipment are available in this quaint and colorful shop at 117 Fourth St. (402) 405-1971.

Unlimited Welding’s imaginative metal creations take on a variety of shapes. In the back of the building, which retains the classic architecture of the 1950s-era Chrysler dealership it once was, is a welding repair shop and creative metal studio. In the front, as seen through the showroom windows by travelers on Highway 81, is a virtual museum of locally crafted metallic art. Owner Michael “Woody” Woodard crafts metal spiders, steel flower arrangements, horseshoe sculptures and other items popular as additions to art collections or as souvenirs for travelers. 220 Main St. (402) 764-4661.

Stromsburg is a town of parks, including Buckley Park west of Highway 81 and City Square Park to the east. In addition to the fun community events hosted here, there are plenty of shaded picnic spots, relaxing benches and a playground at City Square Park.

Buckley Park has three picnic pavilions, a heated swimming pool, sand volleyball courts and RV camping spots with electrical hookups. Residents wanting to ensure the safety of their families and visitors created the Two Parks Trail. The trail linking the parks is lighted and gives people in town an easy and safe route to Buckley Park on the edge of the city. People camping in the large campground at Buckley Park can take the trail to town to shop, visit the nearby city library, stock up on potato sausage and other essentials at the grocery store, sample wine or visit a local bar or restaurant. For information on Stromsburg’s parks call (402) 764-2561.

Learn more about Stromsburg by visiting destinationstromburg.com or calling (402) 363-9703.

Find a Place to Stay in Stromsburg 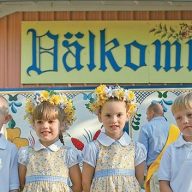 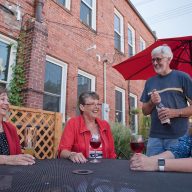 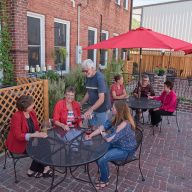 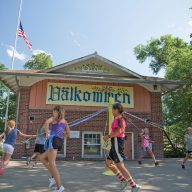 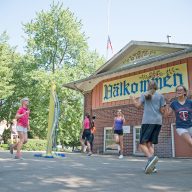 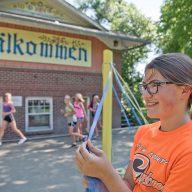 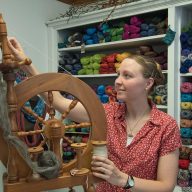 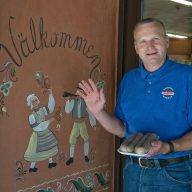 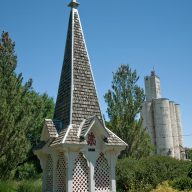 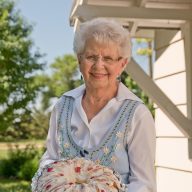 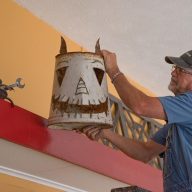 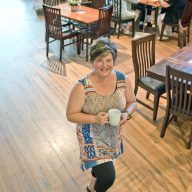