The Platte and Loup rivers meet just southeast of Columbus, a community of 22,500 residents that traces its beginnings to the Wild West.

William F. “Buffalo Bill” Cody was a regular in Columbus while prepping his Wild West Show for its debut in Omaha. The legend is retold often of Cody slapping a $1,000 bill on the counter of Glur’s Tavern and buying everyone in town a drink. Built in 1876 and still in operation today, it is the longest continually operating tavern west of the Missouri River that’s still in its original location. 2301 11th St. (402) 564-8615.

The public mural “Discovering the Colorful History of Columbus” shows eight snippets from the city’s founding in 1856 to the mural’s completion in 2006. Located at 2524 13th St.

A sentimental monument pays homage to a local man who changed history. Andrew Jackson Higgins designed the beach-landing craft used to storm enemy-held beaches during World War II. Dwight D. Eisenhower said Higgins “is the man who won the war for us.”

The Andrew Jackson Higgins Memorial in Pawnee Park includes a replica of one of his flat-bottomed Higgins Boats and a squad of bronze soldiers staged as if bravely storming some foreign beach. Walking trails meet here adjacent to the Loup River, and a bronze bald eagle surveys the scene from atop a steel beam salvaged from the World Trade Center after the attacks of Sept. 11, 2001.

For more information about Columbus and Platte County contact the Columbus/Platte County Convention & Visitors Bureau at visitcolumbusne.com and (402) 564-2769.

Find a Place to Stay in Columbus 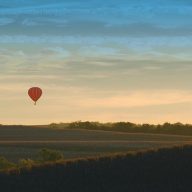 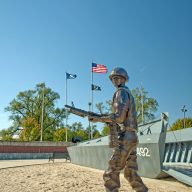 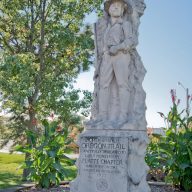 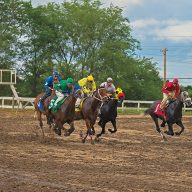 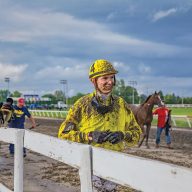 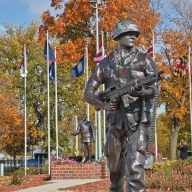 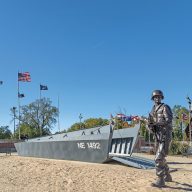