O’Neill is the official Irish Capital of Nebraska. The community in Holt County also is home to the Elkhorn River, the Cowboy Trail and 3,700 residents. O’Neill was founded by Civil War veteran Gen. John O’Neill. The community is rich with frontier and Irish cultural history. St. Patrick’s Catholic Church in O’Neill dates to the early Twentieth Century.

O’Neill is the economic hub of a large area of surrounding farm and ranch lands. The region is particularly well-known for its production of prairie hay from lush, sub-irrigated meadows on the northeastern edge of the Nebraska Sandhills.

Downtown O’Neill is an architecturally attractive neighborhood and a thriving shopping district. From one street corner to the next, the community’s history is apparent, preserved and prominent. The Golden Hotel standing at the corner of highways 20 and 281 was built in 1913. It was the epitome of luxurious opulence in its early years. You can still get a room here where local folklore states mobster Al Capone used to hang out while on “vacations” from his hometown of Chicago.

This fun downtown is the site of many of O’Neill’s community events. The St. Patrick’s Day celebration the community has long been known for begins ahead of the holiday when residents repaint the World’s Largest Shamrock under the stoplight where highways 20 and 281 meet in O’Neill. Singing, dancing, Irish music and food, games, vendors, and face painting are part of the fun. Even a few horses get painted green for the event. Big on faith, fun and family – O’Neill embraces all comers – Irish or otherwise.

Learn more about the O’Neill area by contacting the Holt County Visitors Committee at visitholtcounty.com or (402) 336-2355. 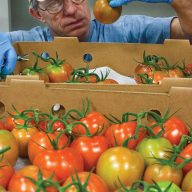 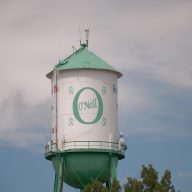 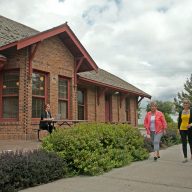