Schuyler is a vibrant community of 6,200 residents north of the Platte River in Colfax County. The city of Schuyler and Colfax County were both named after Schuyler Colfax, vice president under Ulysses S. Grant. Schuyler is well known for St. Benedict Conference Center, a nonprofit conference center and ecumenical retreat founded by the Missionary Benedictines.

The peaceful setting, with reflective pond and sculpture gardens, allows visitors to relax and seek out spiritual healing. Theatrical productions and musical performances are regular events. Lodging is available, and the center hosts organized retreats and Schuyler community events, such as the annual Christmas Craft Show. From Thanksgiving through December, the St. Benedict Center shows a display of Nativity scenes from North America, Europe, South America, Asia, Africa and the Holy Land. Ask how first-time guests can receive a complimentary one night’s lodging. 1126 Road I. (402) 352-8819.

The Oak Ballroom was built in 1937 and is on the National Register of Historic Places. The name of this community gathering place comes from the native oak trees used in its construction. The ballroom is used for receptions, reunions and other events. 175 Higgins Dr. (402) 352-9972.

Decades before Schuyler’s 1870 founding, Mormon pioneers passed along what is now the south side of town. The Schuyler/Colfax County Museum chronicles the nearly century and a half lineage of the county with interesting displays and unique items donated by local families. 309 E. 11th St. (402) 352-3159.

Schuyler Golf Course is a nine-hole affair along Highway 15, south of town. Lunch is available at the new clubhouse, and Wing Night is on Wednesday. Located in South City Park near the cherished Oak Ballroom. 295 Higgins Dr. (402) 352-2900.

Railside Green Arboretum was the dream of local resident Jim Kluck and is maintained today in his honor. The nearly 3-acre site was once an abandoned railroad right of way. Dozens of varieties of trees, shrubs, bushes, grasses and flowering plants thrive here. There is a walking path and an old caboose. 1103 B St. (402) 615-3179.

For more information on Schuyler contact the Schuyler Area Chamber of Commerce at (402) 352-5472. 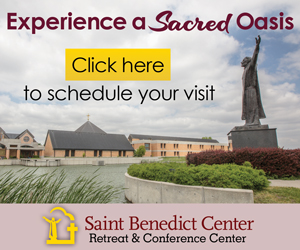 Find a Place to Stay in Schuyler