The American West is alive and well in Sidney and Cheyenne County. Frontier types like Buffalo Bill, Wild Bill Hickok, Butch Cassidy and Doc Middleton blazed trails here long ago. Calamity Jane even lived here for a spell. There is a lot to see in Cheyenne County’s 1,200 square miles. There is even more to do.

The 6,800 residents of Sidney share their community with sporting goods giant Cabela’s. The store near I-80 has a restaurant, wildlife displays and tons of hunting, fishing and other outdoor gear and clothing. Tens of thousands of visitors hunting for great deals drop in each year. (308) 254-5505.

About that same number of workers clocked in at the Sioux Ordnance Depot 10 miles northwest of Sidney during its peak. Ammunition was stored in more than 800 bunkers here from World War II until the start of the Vietnam War. Tour the area by automobile. (866) 545-4030.

Cheyenne County’s role in our military history began even earlier. Sidney Barracks was built in 1867 to provide security for railroad workers. In 1870 it was renamed Fort Sidney. The post’s stone powder-magazine, commander’s home and officers’ barracks remain as a museum. The Fort Sidney Complex is open the day after Memorial Day through Labor Day and for special events like its Christmas Lamplight Tours. 1108 Sixth Ave. (866) 545-4030.

The location of the Pony Express station once located near Sidney is unknown. The National Pony Express Memorial includes a bronze statue of horse and rider, and flags of states the express rode through.1 Cabela Dr.

The Sidney-Deadwood Trail formed after gold was discovered in the Black Hills in 1874. This route to the gold fields brought questionable characters. Today the community’s Gold Rush Days makes local history each June. Live music, cannon firings, butter-making and gold panning are some of the fun activities. (866) 545-4030.

The ceremonial tapping of the keg kicks off Sidney’s three-day Oktoberfest celebration the first full weekend in October. Then the live music, dancing, comedy shows and parade can begin. There’s a craft show and plenty of bratwurst, sauerkraut and beer. Running of the Wieners dog race and Rod & Roll car show add more thrills to a fun weekend.

A round of golf at Hillside Golf Course means breathtaking views of Lodgepole Valley. (308) 254-2311.

Learn more about Sidney by contacting the Cheyenne County Visitors Center at sidneycheyennecountytourism.com or (308) 254-4030. 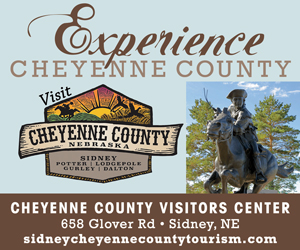 Find a Place to Stay in Sidney 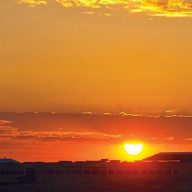 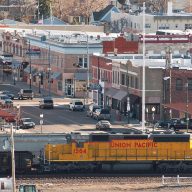 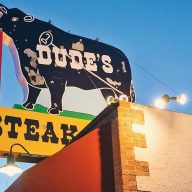 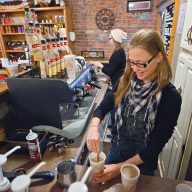 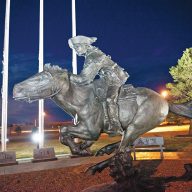 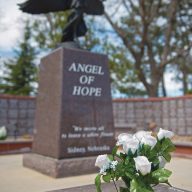 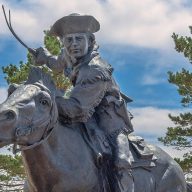 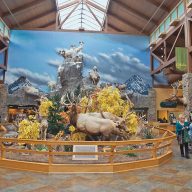 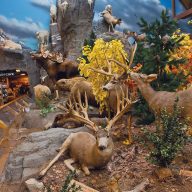