The Boone County community of Albion was named after a community with the same name in Michigan, but it wasn’t as easy as taking a name off the map.

Residents were divided in the early days of the community. Half wanted the name of Albion. The others preferred Manchester. The name was ultimately decided during a card game of Euchre, and the community of Albion was platted in 1872.

Considered the Gateway to the Sandhills, the community of 1,600 residents is the county seat of Boone County. A memorial in the courthouse lawn pays tribute to fallen law enforcement officers, including the 1937 murders of local Sheriff Lawrence Smoyer and Constable William Wathen. The crime was finally solved 80 years later in 2017.

Cattycorner from the marker, local history is honored in the names of the homemade brews at HWY 14 Brewing Company. There is Smoyer-Wathen’s Revenge, The Gateway, and ALE-B-N, just to name a few. The Boone County Fair is a July event toasting heritage and history with a gun show, BBQ cook-off, farm awards and more.

Learn more about Albion and Boone County by contacting the Albion Area Chamber of Commerce at (402) 395-6012 or cityofalbion-ne.com. 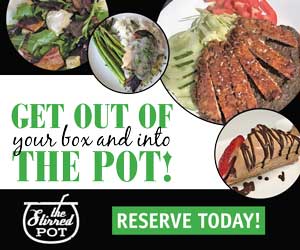