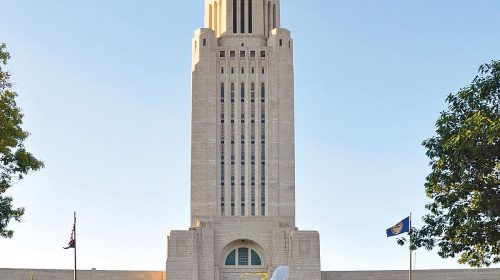 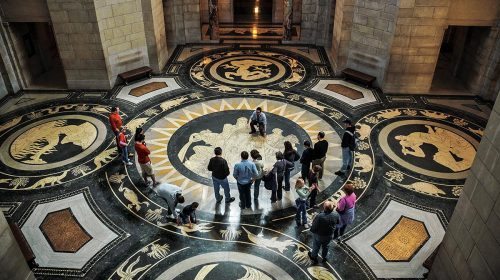 The Nebraska State Capitol, built from 1922-1932, was the first statehouse to completely deviate from the prototype set by the U.S. Capitol in Washington, D.C. Designed by Bertram Grosvenor Goodhue, the 400-foot-tall domed tower can be seen from miles away. “The Sower,” a bronze sculpture of a barefoot man casting grain seeds, stands atop its pinnacle – a nod to the state’s agricultural foundations. Symbolism abounds in this stately statehouse where corn motifs blend into walls, woodwork and even light fixtures. Murals tell the storied history of Nebraska. Free tours are available daily with the exception of major holidays.