Nebraska sports events are serious business in the Cornhusker state, particularly for collegiate sports teams. In fact, University of Nebraska Cornhusker football fans were ranked #1 in the nation, giving you some idea of their fervor and loyalty.

Collegiate Nebraska sports are where you’ll find the most action. Fifteen of the state’s universities field over 200 men’s and women’s varsity teams in the NCAA or NAIA divisions, providing ample opportunity to witness a sporting event almost every day of the week, if you so choose. Tickets can be hard to come by for some events, particularly football, but stadiums are large and the crowds are friendly. Basketball also has a large following, as does collegiate baseball teams. For some real excitement, attend the annual NCAA College Baseball World Series in June at TD Ameritrade Park in Omaha.

Traditional baseball, basketball and football are not the only popular Nebraska sports. The state is also home to one of the most storied women’s volleyball programs in the country. University of Nebraska-Lincoln’s women’s team has a record number of sellouts, and is regularly in the top three teams in the nation. You can see them at the Bob Devaney Sports Center (if you can get a ticket!).

If it’s professional sports teams you want to witness, Nebraska fields two baseball teams and two indoor football teams. You can catch the Lincoln Saltdogs (American Association Baseball) at Haymarket Park from May through September. You can also watch up-and-comers on the Omaha Storm Chasers, a Pacific Coast AAA League team for the Kansas City Royals, from April to September at Werner Park.

During the winter, getting to watch football indoors is a blessing for residents of the state, which is home to two Indoor Football League teams: The Nebraska Danger in Grand Island and the Omaha Beef. Both teams play 80 games over 18 weeks, from early February to June. The cold certainly doesn’t dampen the hearts of true Nebraska sports fans!

Ice hockey is also popular, not only at the collegiate level, but Nebraska fields three teams at the semi-pro level as well: Lincoln Stars, Omaha Lancers (who have won 10 titles in their 30 years) and the Tri-City Storm.

For Nebraska sports that are a bit off the beaten track, women’s roller derby has captured the heart of many a Nebraskan and is now the fastest growing sport in the world. You can witness flat-track jostling April through August with the Omaha Rollergirls or Lincoln’s No Coast Derby Girls. 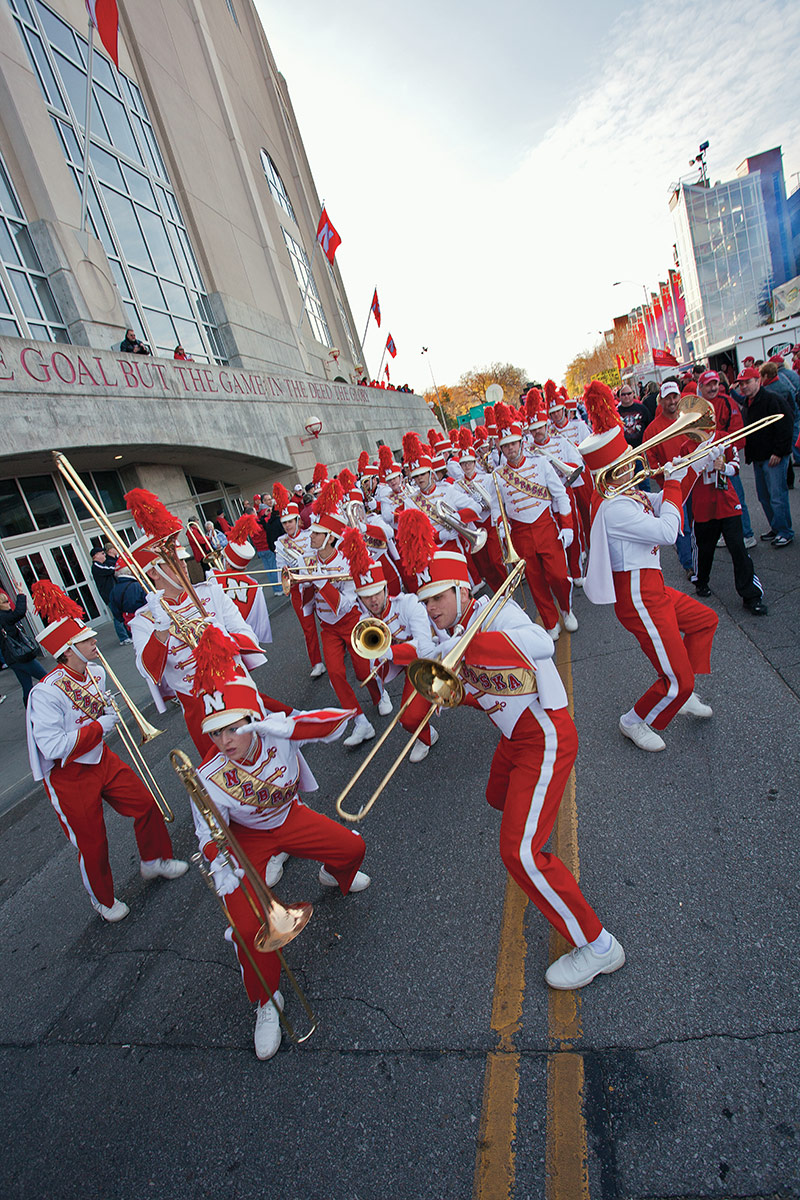